The False Semblance of Business (and its gift to entrepreneurs) 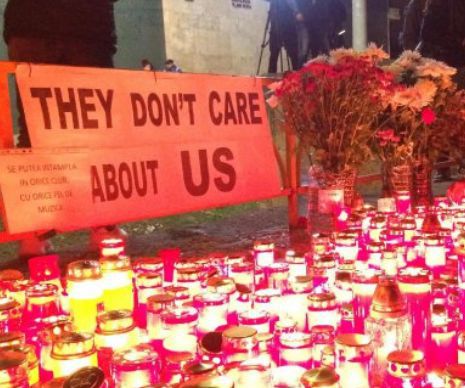 “Yes, I know. It’s unbelievably sad. You were at the march on Sunday?”

“Of course. Something had to be done. And thank god, 12000 of us showed up to show our solidarity.”

“What an incredible tragedy.”

“Horrible. You know, we just can’t sit by anymore and let this kind of thing keep happening. That’s why we marched. To do something. Something real. Something with impact. Something that will change things. To tell people we won’t tolerate this.”

“People should not be able to get away with this.”

“I agree. The owners of these clubs …”

“I don’t mean just the owners. I mean the people who are responsible for this. The people in charge. In charge of society. Who are supposed to make things better. The people who let this happen.”

“I mean the politicians. I mean the government agencies whose job it is to protect us and enforce the laws and make sure we are safe.”

“You know, some of these victims were so young.”

“It’s not fair. And there are people who were elected and appointed and are being paid a lot of money to ensure young people like these have a future.”

“And make sure they have a chance to live long and happy lives.”

“And be productive and be part of society. These were beautiful people. Innocent. And our neighbors and fellow Romanians. And there are people whose job it is to make sure these young people don’t get hurt and that they have a future. They are the ones who failed.”

“Yes. And you know, the older you get, the sadder it feels. When you reach my age, you realize more than ever that so many were really still children.”

“I agree. And you protested all that when you marched.”

“Well, no. It wasn’t the right time. We’ll do that later. But trust me, that’s what we were thinking. We need to stop this. And we mean it this time.”

“Really, it’s so painful. I feel so helpless. We all felt helpless. There’s nothing we can do to bring those people back. The tragedy is over and it should never have occurred. People need to care more and stop looking away. Somebody should have stopped this tragedy before it happened.”

“Everyone deserves a chance to live without their lives always in danger. Everyone deserves to be protected. We need to force people in charge here to start doing their jobs. It was such a tragedy for those families and friends. It is such a tragedy for this country. To see lives destroyed like this is such a waste, such a terrible waste. You know, the real tragedy for this country is all the wasted potential these young people had. Don’t they realize we are all in this together? It’s not just the powerful and rich who matter. We are one society and everyone should be cared for. The real guilty people are those who could have stopped this.”

“I completely agree. There really is no excuse for not protecting this country’s children.”

“Like those poor kids who died in that fire.”

“And the malnourished children who are living in villages.”

“And those kids on the street I see every day, not going to school and having no future.”

“So you’ll be going to that march?”