A Conversation With Mr. Dooley

Stanislavski on Politicians (Sort of) 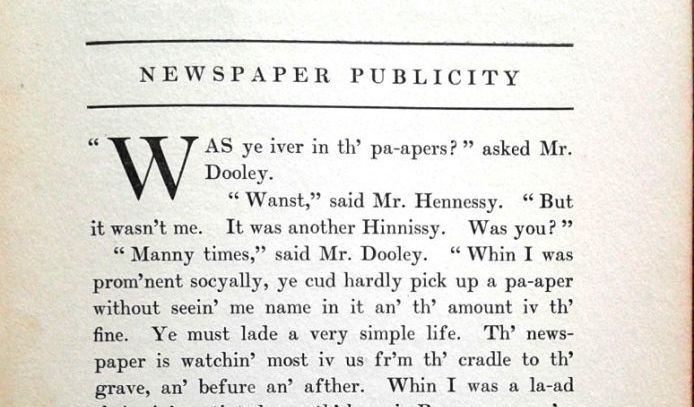 Sometimes the best thing I can write for you is what somebody else wrote first.

— “What’s wan man’s news is another man’s throubles. In these hot days, I’d like to see a pa-aper with nawthin’ in it but affectionate wives an’ loyal husbands an’ prosp’rous, smilin’ people an’ money in th’ bank an’ three a day. That’s what I’m lookin’ f’r in th’ hot weather.”

— “Th’ newspapers have got to print what happens,” said Mr. Hennessy.

— “No,” said Mr. Dooley, “they’ve got to print what’s diff’rent. Whiniver they begin to put headlines on happiness, contint, varchoo, an’ charity, I’ll know things is goin’ as wrong with this country as I think they ar-re ivry naytional campaign.”

Although that’s not from the story that I want you to read, it’s a good place to start as you go grab a Guinness and prepare to meet someone new.

One of America’s great humorists, Finley Peter Dunne deftly skewered much of society back at the turn of the 20th century, from judges and immigration to Theodore Roosevelt and the rights of women. (“They haven’t th’ right to vote, but they have th’ priv’lege iv conthrollin’ th’ man ye ilict.”) Among the most enjoyable, however, is what he wrote about the business of newspapers, in which his stories appeared.

Born in 1867, Dunne was chief editorial writer for the Chicago Post when he began writing these stories with the fictional Mr. Dooley, a loquacious and opinionated Irish bartender in Chicago. For them, he was paid $10 per story – about 40 lei, coincidentally what many writers are paid today for a story here in Romania.

Dunne eventually became nationally famous for his columns, having written hundreds of them, which were then published in various collections. The story here is taken from the book Observations by Mr. Dooley, published in 1902. Titled “Newspaper Publicity,” it’s one of the best, funniest, and in a way, most famous stories about newspapering there is. (Note the phrase: “comforts th’ afflicted, afflicts th’ comfortable.”) There’s even a mention of Roomanya in here.

Interestingly, for all those fame-hungry writers out there today, it might be instructional to know that Dunne’s name does not appear anywhere in this book. There is no author listed. The book is 37 essays and the only star is Mr. Dooley.

[WARNING: As you can see from the quotes above, the stories are all written using spelling that is intended to replicate Mr. Dooley’s thick Irish brogue. It gets easier to understand, the more you work at it. And it turns out, you can get some lessons on youtube for this. Try this one here – though honestly, I couldn’t understand half of what the guy was saying. Or this one here.  Good luck.] 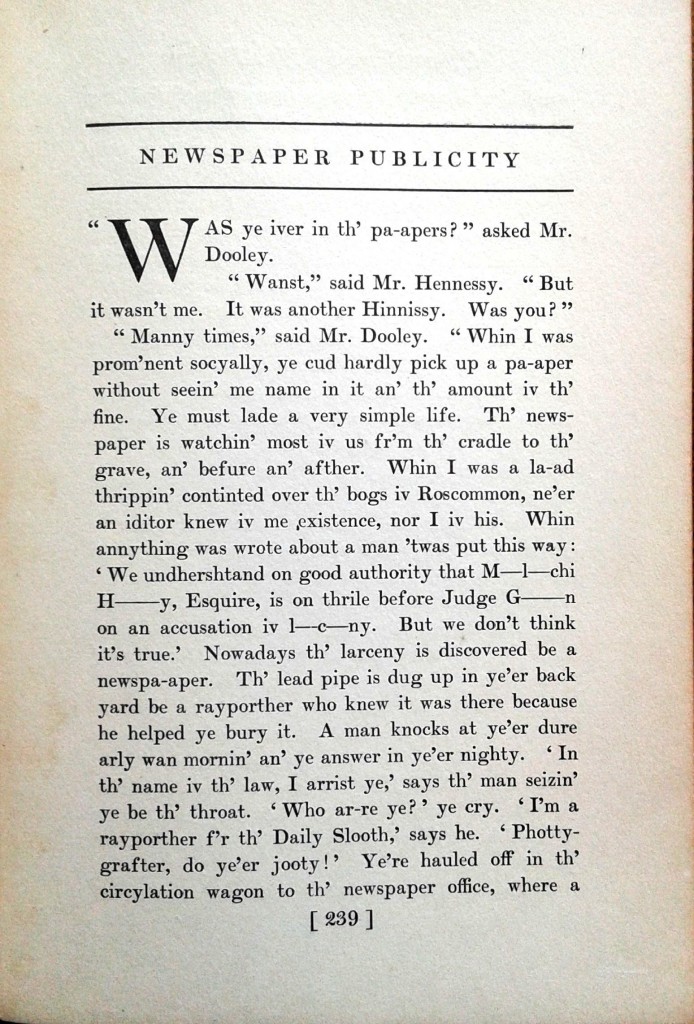 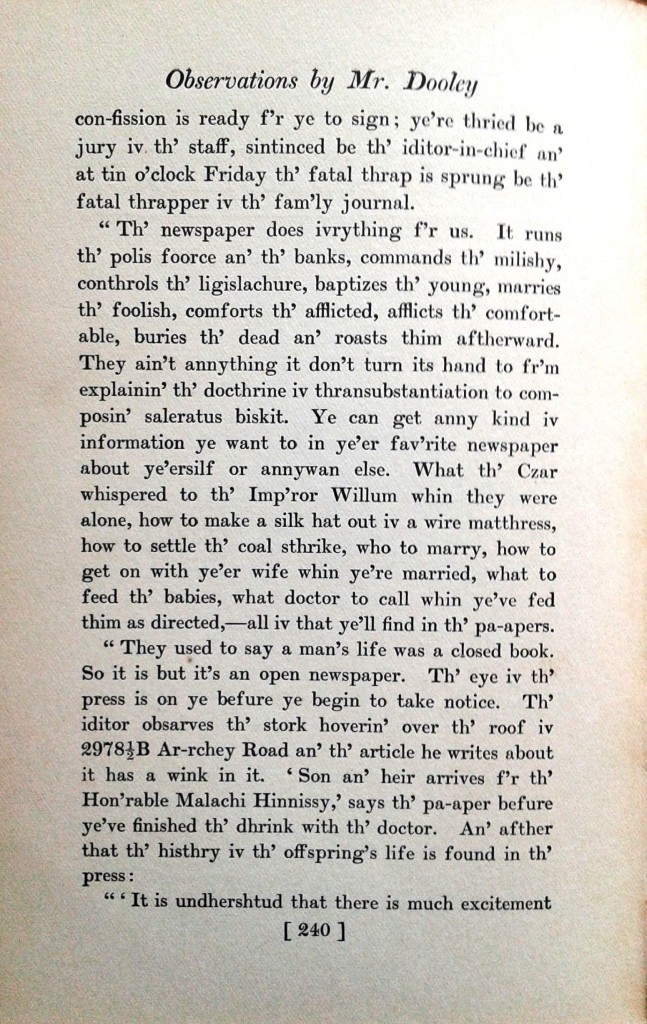 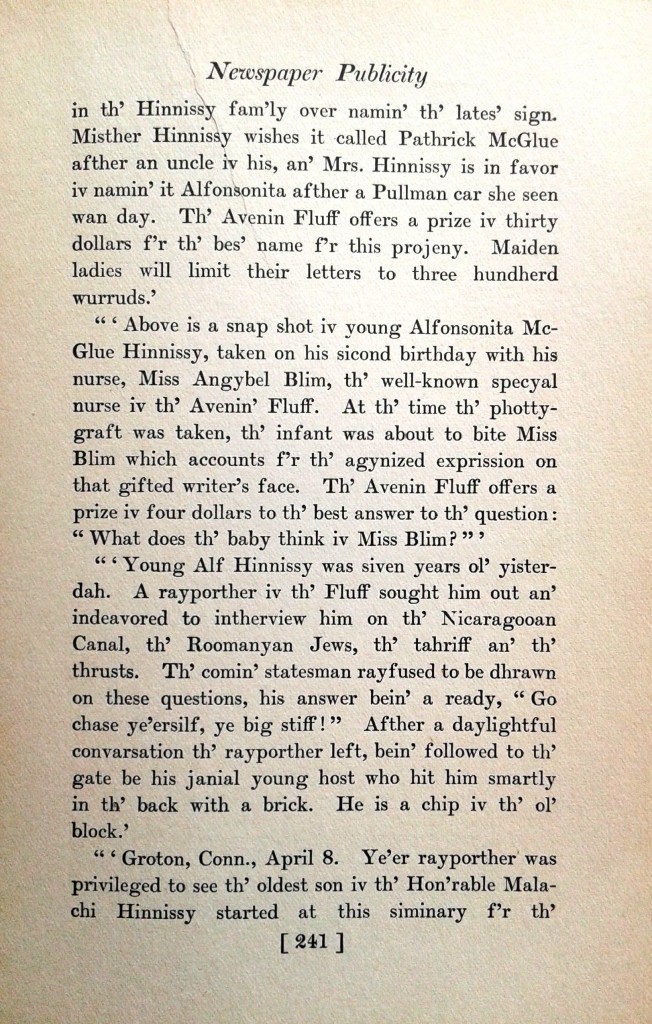 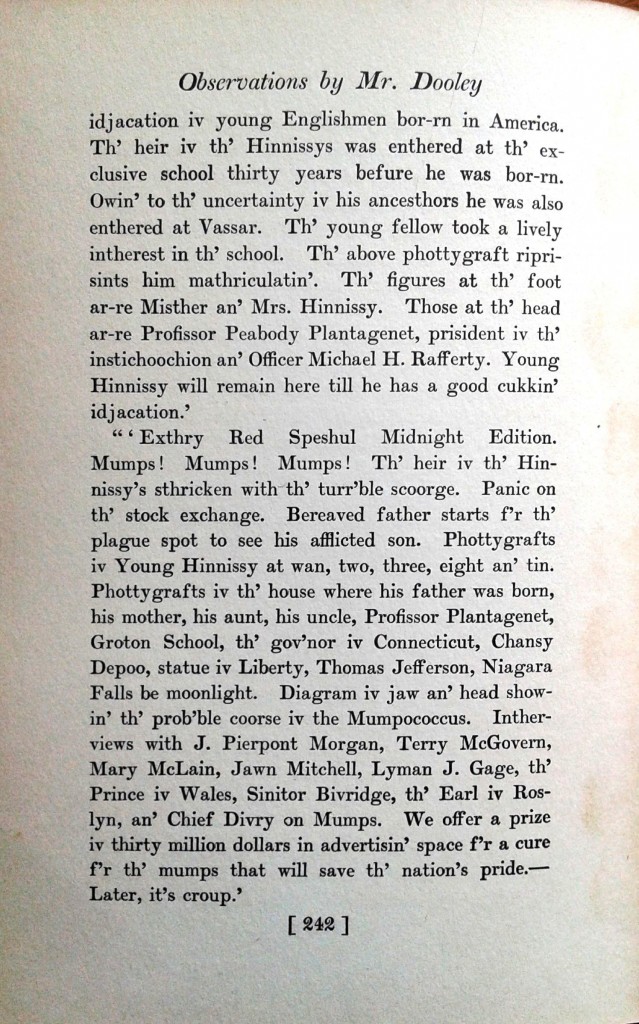 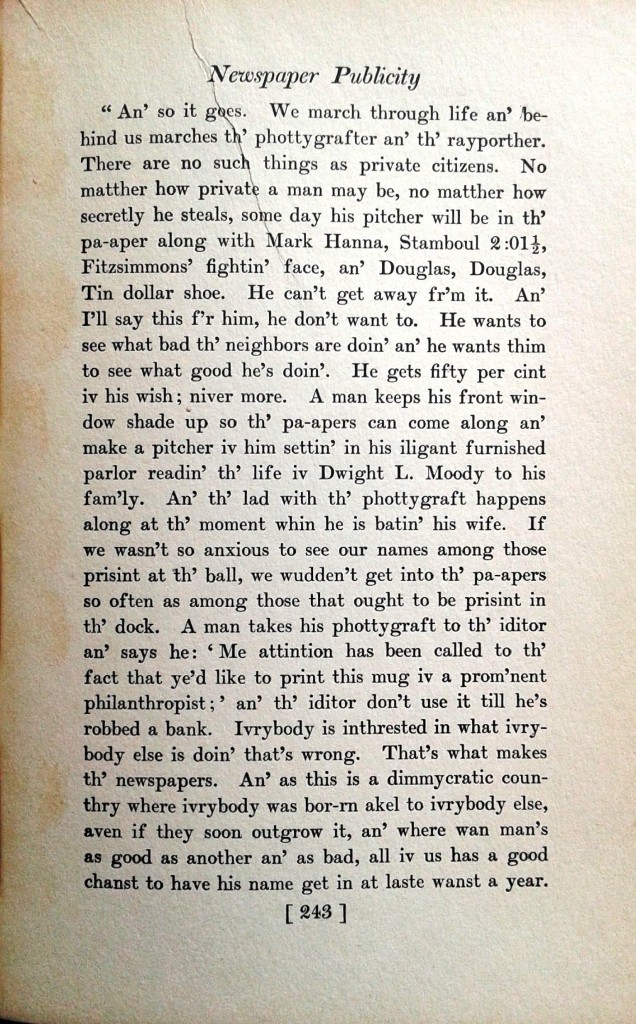 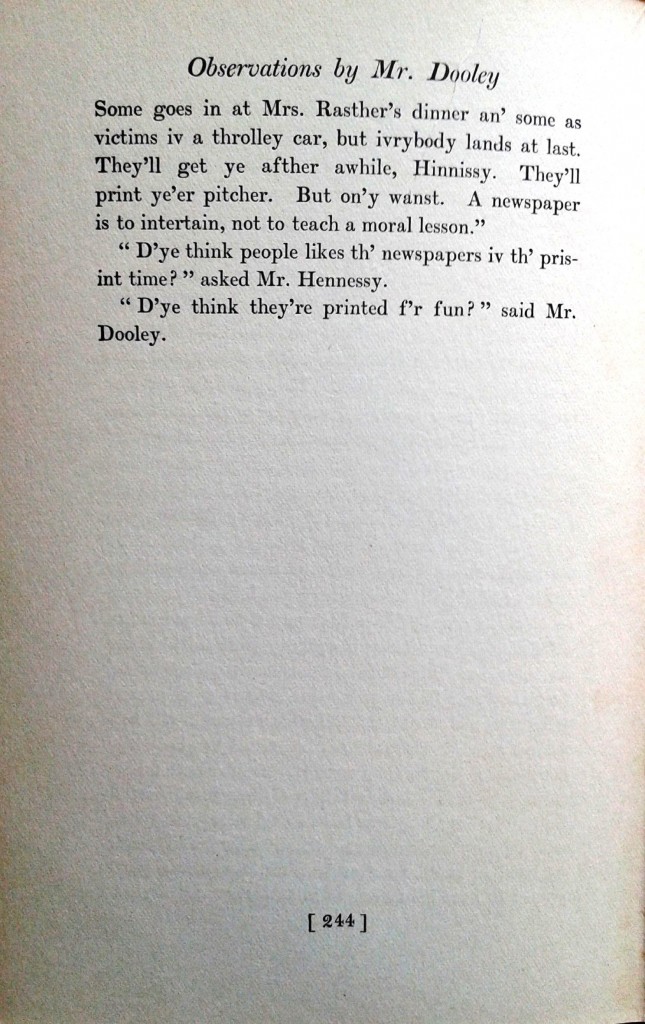